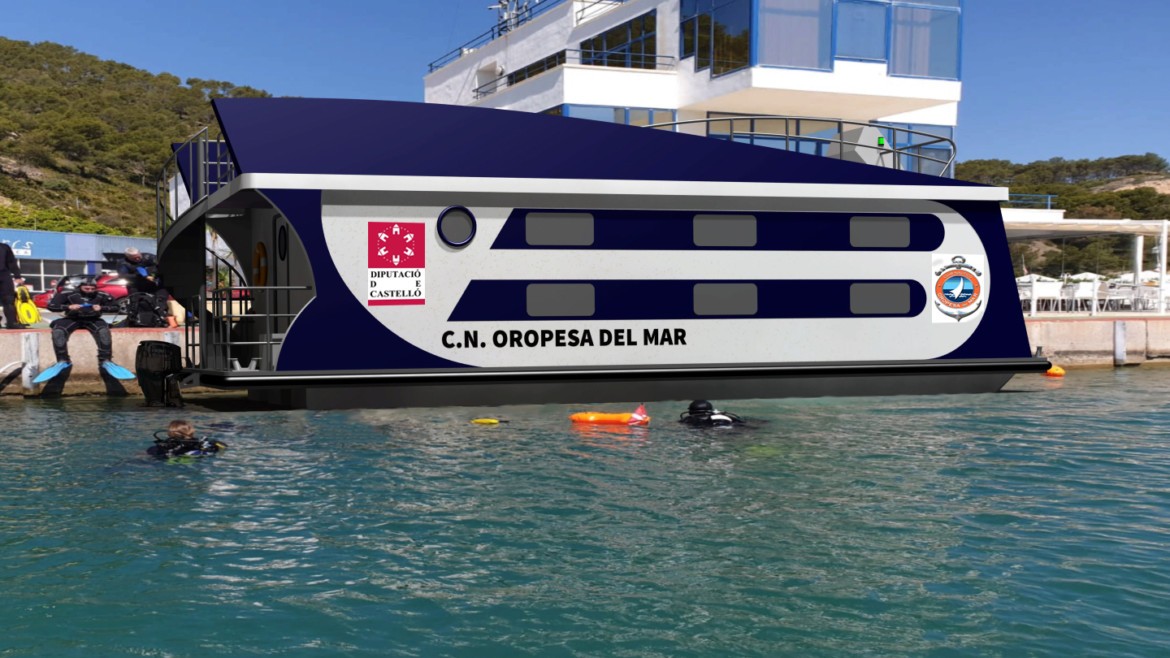 The construction project of two School Boats Developed by the Oropesa del Mar Yatch Club and subsidized by the Provincial Tourism Board, belonging to the Castellón Provincial Council, it continues its course and the first of the two boats is expected to arrive in Oropesa in March.

The project aims to guarantee the well-being of the students and improve the quality of the teaching given in the Sailing School located within the Oropesa del Mar Port. However, the return and local impact that is expected with the arrival of the boats and the increase in the tourist offer of the Nautical Club goes much further, assuming notable benefits at the local tourist level .

The arrival of the School Boats will actively contribute to the seasonal variation of local tourism and will constitute an additional source of income in the municipality of Oropesa and its surroundings, helping to achieve the objective set in the Strategic Tourism Plan 2017-2020 of the province Castellón to increase revenues by 30%.

The touristic potential of the Oropesa del Mar Yatch Club

Yacht clubs have a great capacity to attract tourists and are an important agent for diversifying the tourist offer. At present, sun and beach tourism shows symptoms of exhaustion and clubs have an important opportunity to revitalize the tourism industry, adding a qualitative value to the range of experiences that tourists can obtain, while acting as economic boosters for the local community.

One of the main benefits that the School Boats will report will be the seasonal variation of the sport of sailing in Oropesa, so that the months of April, May, September and October can be added with regard to national tourism and the rest of months to foreign tourism, especially nautical sports enthusiasts from northern Europe, thus expanding the offer and being able to reach more young people.

The Oropesa del Mar Yatch Club In this way, it aims to become a very attractive natural port, with a wide and diverse range of services, promoting the responsible and sustainable use of a resource as important as SEA and with a differential plus compared to other destinations.

At this time, the Club already has the highest official accreditations in the tourism field: Blue Flag (the only port in the provinces of Castellón and Valencia that has it), SICTED distinctive, ISO 14001/2015, and Active Tourism Company.

Currently, young people come to the Sailing School located in the Oropesa Yatch Club through free time management companies that organize end-of-year trips, white (or blue) weeks, through schools, or directly in the offices in the months of July and August.

The School Boats will make it possible to significantly expand the touristic offer both in number of services and in the audiences and profiles to which the activities are directed. In the recent edition of Fitur (International Tourism Fair) in Madrid, there were many tourist agents and service companies who contacted the managers of the Yatch Club present there interested and attracted by the new business routes and activities that the School Boats will entail for our tourist offer.

Entities related to active and family tourism, companies that manage and organize sports tourism activities as well as companies that organize trips related to nautical sports were pleasantly surprised by the enormous potential of these original boats.

With these new lines of action and offer in which it is already working, the Club also intends to generate a significant economic effect on nearby businesses related to tourism, nautical sports and restaurants, which will benefit from the increase in activity derived from the new routes of activity of the School Boats.

The School Boats are categorized as a pleasure boat with exclusive and limited use within the port. The boats have dimensions of 11.68 meters in length by 4.62 meters in width, with capacity for 14 people distributed in bunks.

The project includes the construction of two units of School Boats, which are already under construction by the company OLBAP Catamaranes SL from Alacuás (Valencia). The first unit It is expected to arrive at the Oropesa del Mar Yatch Club at the beginning of March and the second at the end of May, so that they can accommodate the students of the Blue Weeks and Summer Camps of the 2020 season.

More information about the project at: